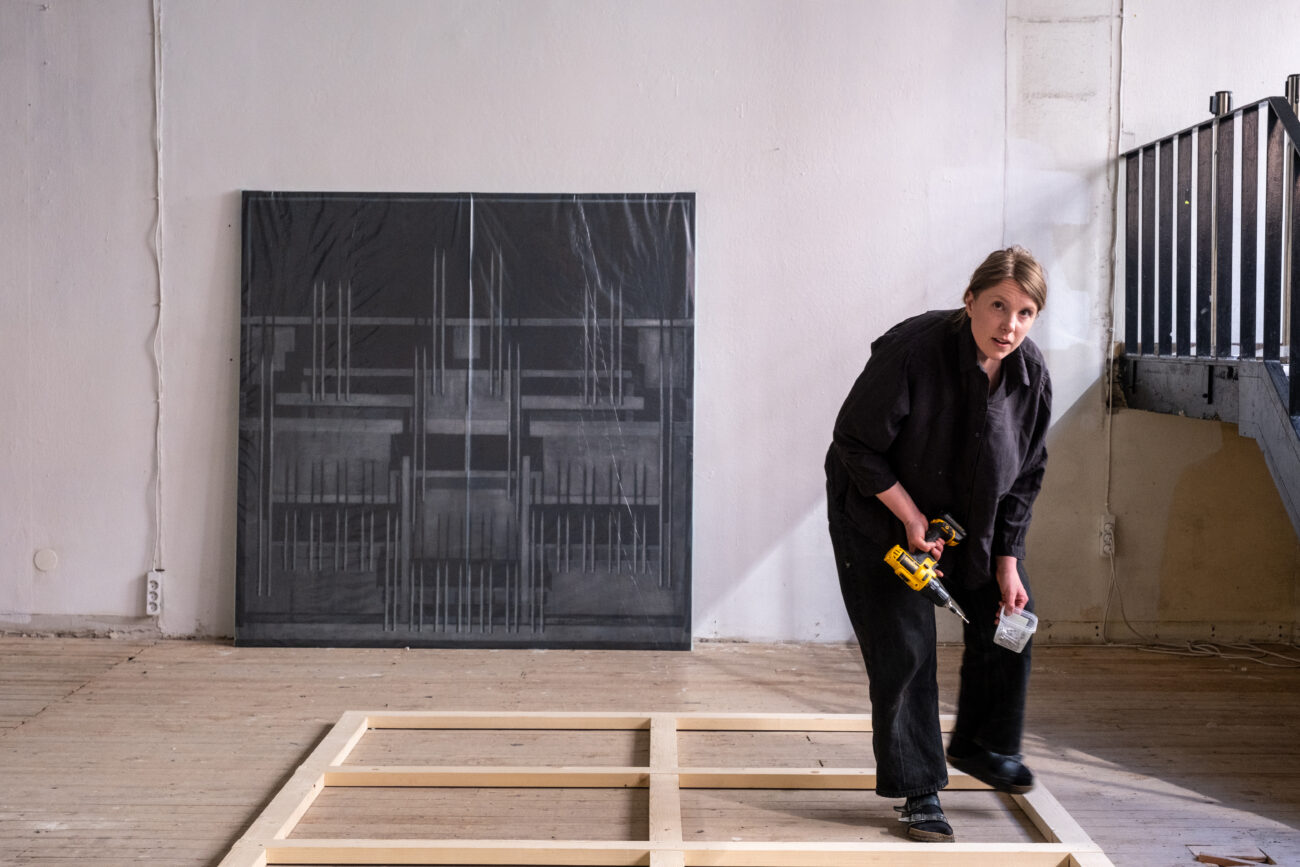 Linnea Rygaard (born 1990, from Gothenburg), moved to Stockholm when she started her art degree at the Royal Institute of Art. In the summer of 2016, she graduated with a MFA. She has also studied at the Skowhegan School of Painting and Sculpture in Maine, the USA .

She has exhibited her work at Tsukuba Art Museum in Japan, Skowhegan in Maine, Körsbärsgårdens art space on Gotland, Gallery Olsson in Stockholm and Liljevalch Spring Salon in Stockholm among others. In 2016, still at school, she took part in an a group exhibition at ANNAELLEGALLERY but was later picked up by Cecilia Hillström Gallery. Perspectives is the main component in Linneas paintings which are often huge, mostly in the size of 240 x 240 cm. The images are rooms rather than people - it is far from being figurative. She wants the paintings to be something more than a painting. Not only a window or a picture in itself. Instead, an entrance into something else. She works a lot with what perspective do with the viewer.