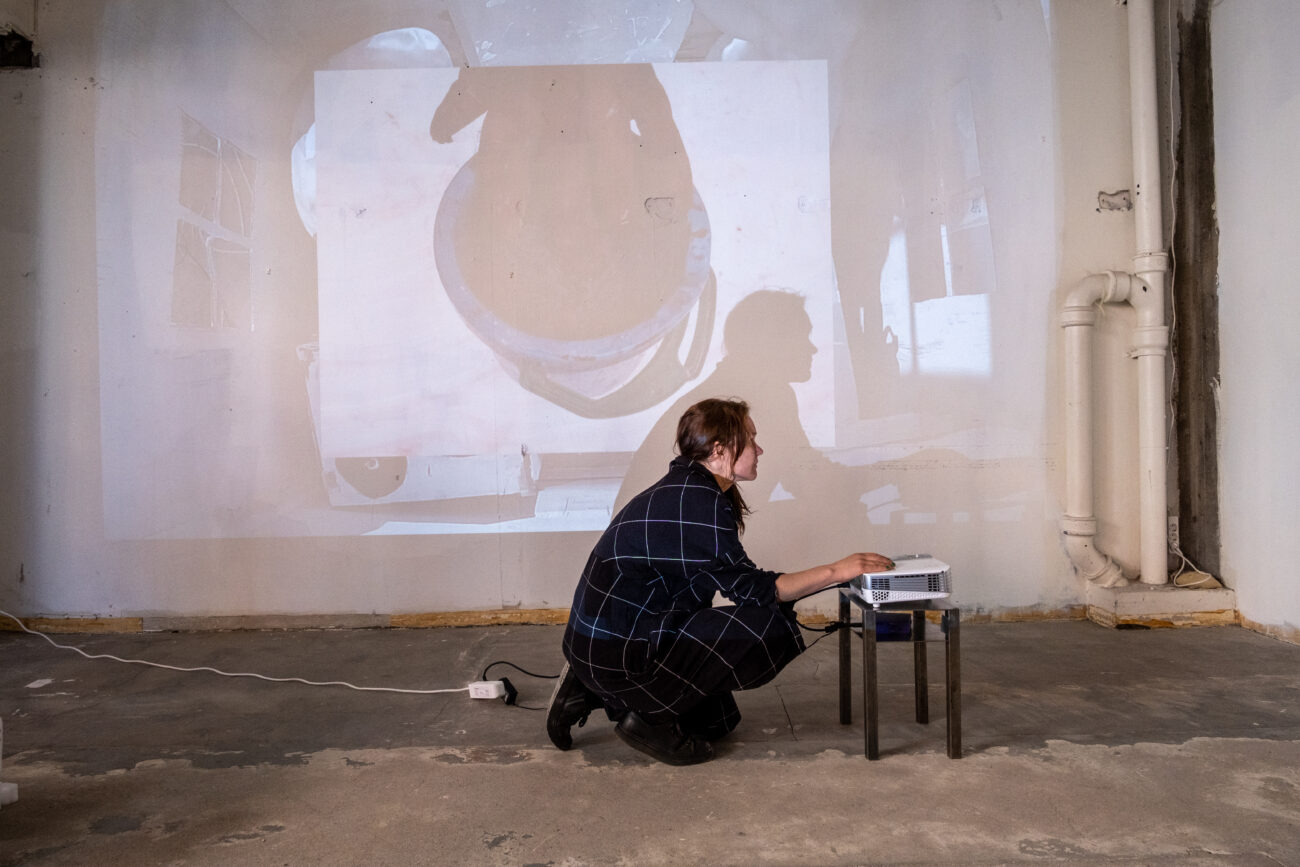 Anna-Karin Rasmusson (born 1983) works mainly with video and installations, in which painting plays an important role. Everyday tasks are repetitively performed in a scenography built like a collage of painted cardboard boxes and boards. Video works are often projected on top of each other, creating multifaceted layers of moving images. In her art, Rasmusson focus on human interaction, both physical and emotional. The masked characters in her videos - played by herself - are involved in somewhat clumsy attempts to support, comfort and reach out to each other. In a broad sense, Rasmusson's expressive and painterly imagery highlights complex feelings of inadequacy, disorientation and tenderness.

Anna-Karin is based in Stockholm, Sweden, and has an MFA from the Royal Institute of Art in Stockholm (2016). Exhibitions include Modernautställningen 2018 at Moderna Museet in Stockholm, Bie Biennale 2022, CHART Art Fair in Copenhagen, solo shows at Cecilia Hillström Gallery, Konstnärshuset and Forsblom Gallery in Stockholm, and a performance at Bildmuseet in Umeä and Dramaten in Stockholm, produced by Institute Vitsaniemi. Her video installation Mater Nostra, which premiered at the Royal Academy of Fine Arts in 2017, is part of the collection at Moderna Museet and the Gothenburg Museum of Art. She is also represented in the collections of Malmö Konstmuseum and Public Art Agency Sweden. Awards and scholarships include The Swedish Arts Grants Committee's Two-year working grant (2021), Stockholm City Cultural Award (2019), the IASPIS Studio Grant in Stockholm (2018) and the Bernadotte Grant (2016), awarded by the Royal Academy of Fine Arts.